Oka: Being an Outstanding Student Means a New Responsibility 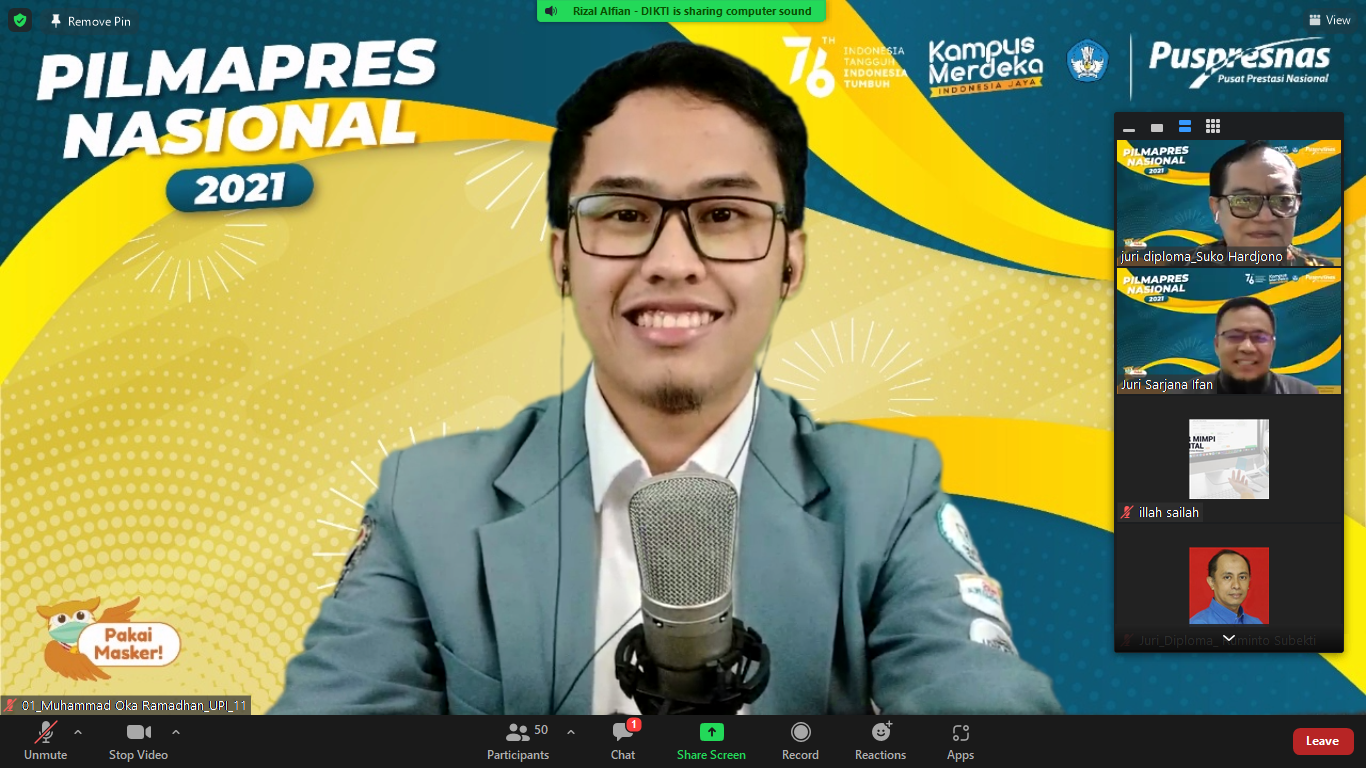 â€œAlhamdulillah, I thank God for the gift that Allah has given me. Being an outstanding student is not an accomplishment for me; it means a new responsibility for me to spread greater and wider value. Being sixth in the national presidential election is a reminder to me to keep learning and exploring my role and contribution to society." Oka said after he passed the National Outstanding Students Elections, which was released by Pusat Prestasi Nasional Ministry of Education, Culture, Research and Technology at https://pusatprestasinasional.kemdikbud.go.id/pengumuman/dikti/press-release-pilmapres-tahun-2021-2021-dikti. 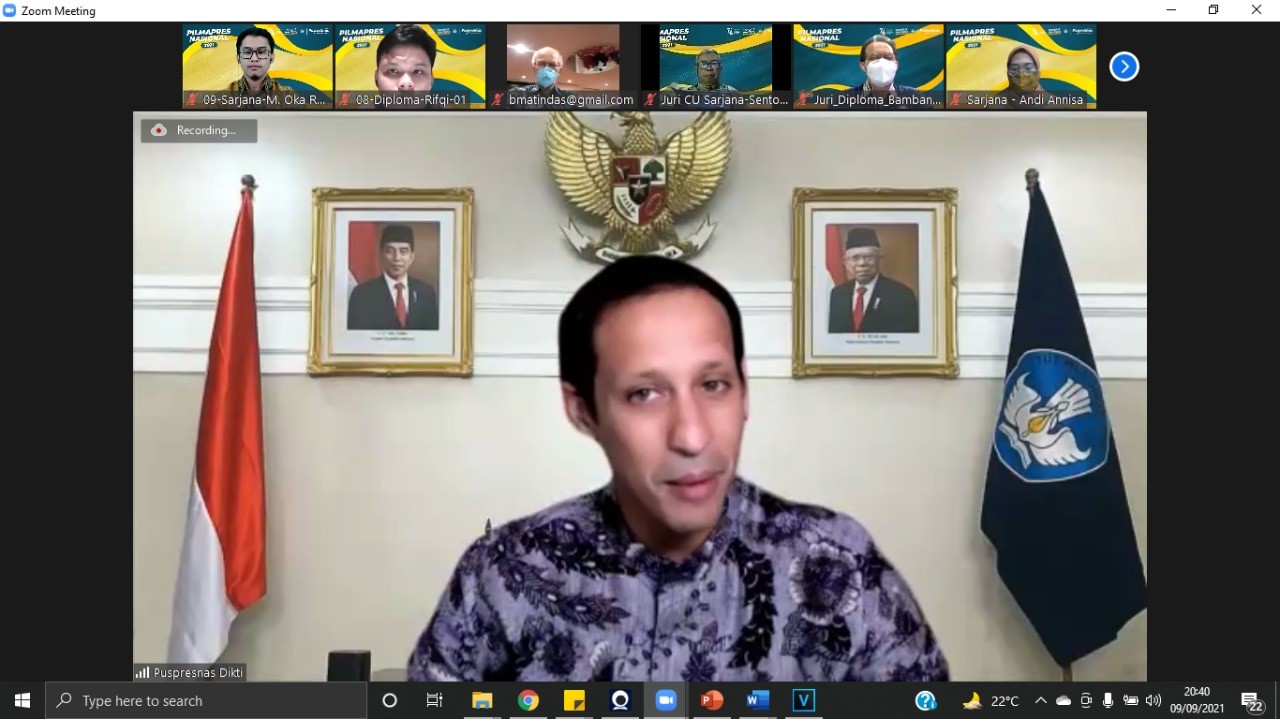 â€œI would like to express my gratitude to my parents who have always prayed and supported me. To my lecturers among them Ms Mustika, Ms Ana, Ms Vina, Ms Ilhamdaniah, for the sincere guidance. Also to the head of the Agro-industrial Technology Education, Head of Faculty of Technology and Vocational Education, Directorate of Student Affairs, Vice-Rector for Education and Student Affairs and the Rector who have facilitated and supported me to develop further. I would also like to thank my friends for their continuous support and heartfelt prayers. May Allah always repay their kindness,â€ Oka stated.

Muhammad Oka Ramadhan represented Universitas Pendidikan Indonesia (UPI) in the national competition for the National Outstanding Students Elections and got the sixth position for the undergraduate category.  According to the Directorate of Student Affairs, this has been the best achievement that UPI has achieved in the National Outstanding Students Elections. Oka, the 2018 student of Agro-industrial Technology Education, also mentioned that it has been a long journey.   The coaching started in 2020 with the academic supervisor, Dr Mustika Nuramalia Handayani.

Oka joined the selection process in the program of study level in December 2020, then the faculty level in 10-11 February 2021, and then at the university level from April to May 2021. He was elected as the winner and he then represented UPI for the national level. Oka who was born in Tabanan, on 15 December 1999, participated in a series of National Outstanding Students Elections processes that began in May 2021. Oka was qualified for the list of 15 finalists after competing with the other 456 participants. The selection process consists of a desk evaluation, a portfolio of outstanding achievements, creative ideas and English presentations. The final was held on 7-10 September 2021.

Oka had to go through various selection processes including the presentation of creative ideas, interviews to deepen the portfolio as well as an assessment and fit and proper test through a series of national insight tests and attitude observations during the elections.

Okaâ€™s creative idea was "Time-Temperature Indicator Film from Anthocyanins of Telang Flower and Cassava Peel Waste as Smart Packaging for Fish Products"and  was well appreciated by the jury. At the closing ceremony, a member of the undergraduate jury, Untung Yuwono, appreciated the sensitivity of outstanding students to the community from the creative ideas that were promoted."The participants make use of Industry 4.0 features such as data literacy and technology. Their idea on biological wealth is focused on criticality in pandemic conditions, such as gambier for treating lung cancer and telang flower as an indicator of food spoilage," he explained.

Oka said that the experience has opened his eyes that the use of our invention depends on the time we use it. He hopes that after the elections, he can accomplish his life's agenda, especially his thesis, as well as prepare for further studies at the postgraduate level, and remain active at the Mentari Youth Care Foundation to build the interests and talents of youth in Cianjur Regency.

Congratulations Muhammad Oka Ramadhan. Hopefully, your achievement will serve as an inspiration and motivation for other students to work hard and achieve their goals.(Kontributor/MNH).